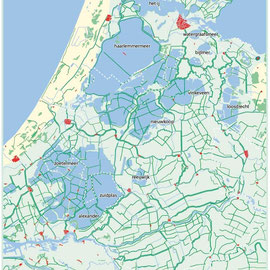 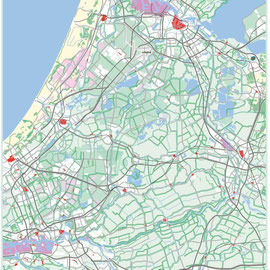 Randstad is based on a 13th century web of 20 market- and canaltowns. Connected by waterways that provided from the start good facilities for transport. The cities became prosperous and formed a republic of cities that became a 17th century trendsetter for international trade, science and art. No wonder that Randstad tops the list in density and quality of musea.

The peatland between the cities is called the Greenheart.

The western part was cut and shipped to the stoves of the citizens and factories.  Some of the resulting moorlakes still exist, and offer good sailing facilities. Most of them however were pumped dry after some decades by farmer co-operations because of the fertile sea clay soil.